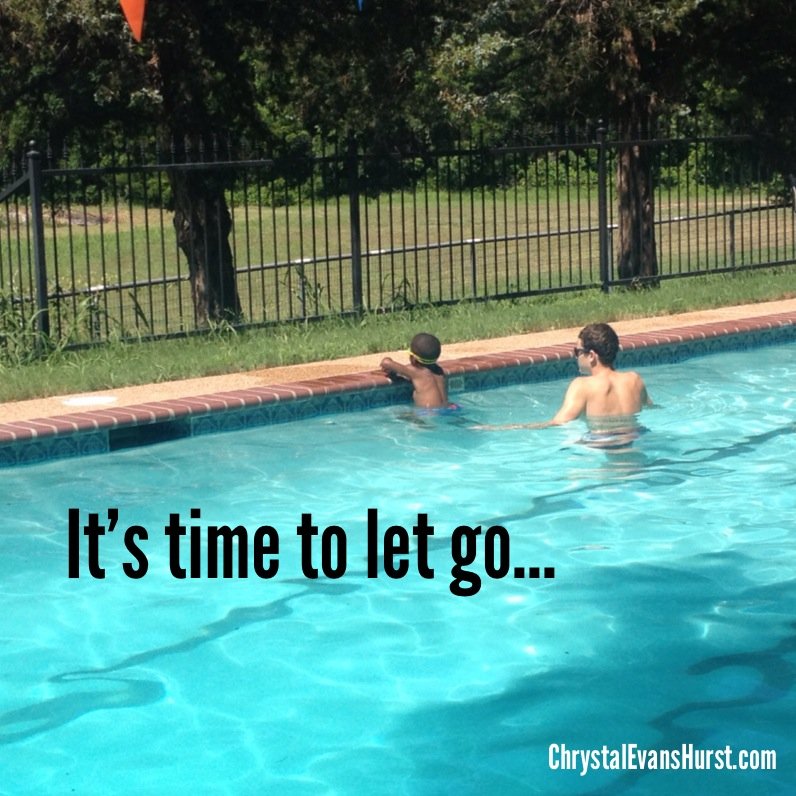 My four year old is learning to swim.

It’s been three weeks of lessons and we are in week number 4.  He’s still afraid to let go of the wall.

All I know is that I paid my money and he better be able to swim by the end of the week.


He has been given all of the tools needed for successful swimming. He knows how to hold his breath, how to kick his feet, and how to move his arms. But he’s still afraid.

The fear in him won’t allow him to let go of that wall.

That’s all that is holding him back. Fear. Doubt. The heebie-jeebies.

I have heebie-jeebies. All. The.Time.

And so I haven’t started swimming.  I know I can. I know I should. But I’m afraid, so I don’t.

I looked at my four year old son today and said. “Jo Jo, it’s time!” I gave him my stern-mommy face.

He let go.  He started swimming.

When he reached the instructor, he grabbed hard and held on for dear life!…but he did it…

And his confidence grew – even if just a little bit.

It’s time. Time for me to let go and start swimming.

It’s OK. you won’t drown. You won’t sink. He’s waiting to do His thing when you do your thing.

My sister… It’s TIME. I’m giving YOU my stern-mommy face.

But Jesus immediately said to them: “Take courage! It is I. Don’t be afraid.”

Then Peter got down out of the boat, walked on the water and came toward Jesus. But when he saw the wind, he was afraid and, beginning to sink, cried out, “Lord, save me!”

Immediately Jesus reached out his hand and caught him. “You of little faith,” he said, “why did you doubt?”