The Illusion of Control

The Illusion of Control 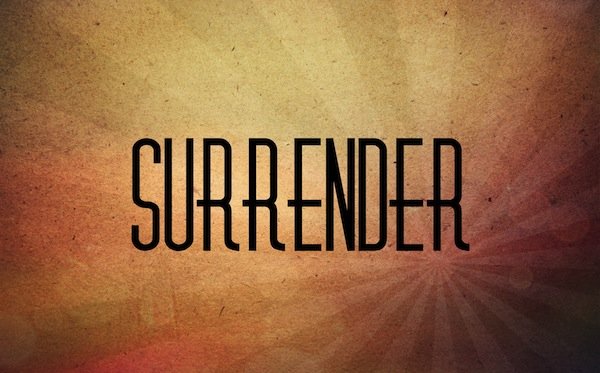 In picking which topic I wanted to write about for this week’s Kingdom Woman Blog Hop, I could have written about any one of the questions but I picked the concept of personal control vs. surrender (question #1) because it is probably the area in which I need the most work!

I have had this thought over the years that I can control things.  Well, I don’t think I thought that consciously. But I’ve learned that  about myself as I’ve reacted with anger, stress, and a surprising amount of tears at times to situations in my life that completely caught me off guard.  Situations that I thought I had under control.

There is no area where I am reminded of this then in parenting my children.

Last night, I told my four year old, REPEATEDLY, to stop jumping on the couch.  It was like the couch was a magnet for his little body and kept drawing him back!  To tell the truth, he didn’t continue to disobey all-the-way. He did make minor adjustments to his behavior.  Instead of jumping on it like a trampoline, he started running and then leaping on to the couch… but not jumping after he landed.

The jumping turned leaping then moved to hanging off of the arm of the couch.

And then the sound of some small object hitting the floor too and skidding across the faux wood floors.

When you are a Mom you just know.  Without even going to check. I knew what to expect.

And I saw exactly what I thought I’d see.

A preschooler, holding his mouth, blood dripping from his lip.  When I pulled his hand away to assess the damage, I knew what I’d find then too. 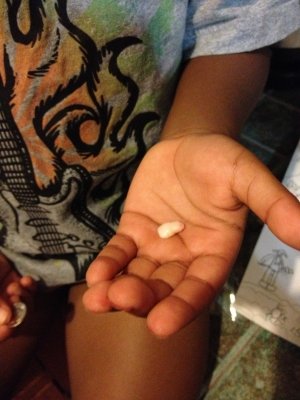 That boy knocked his tooth right out. 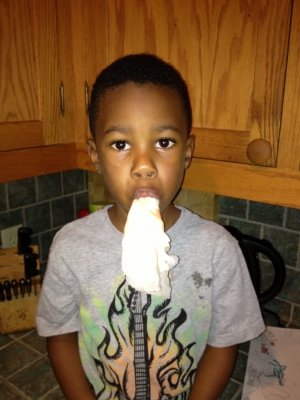 So my four year old who should be losing teeth for another 18 to 24 months, is set to be snaggle-tooth for a long time. 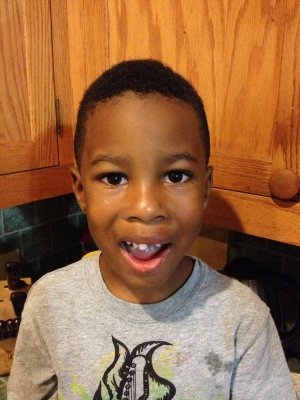 And I was surprised a half hour later at my response.  I’ve mothered five kids and this has happened before.  Well.  OK.  he is the first one to have knocked a tooth COMPLETELY out.  But other children have knocked them loose, sideways, and everything else!

And  in the past I have screamed, called the doctor immediately, even threatened to take them to the emergency room.

But I have learned that it’s OK.  It’s gonna be OK. That bumps and bruises (and missing teeth) area a part of my kids’ existence.  They are a part of my existence.

Control is an illusion.  Surrender is real. 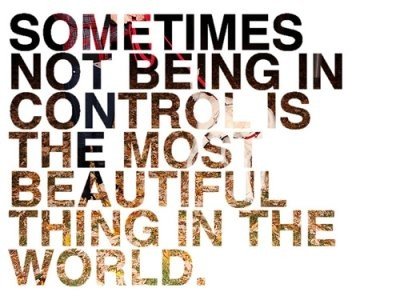 Life is going to happen.  And when it does, if I haven’t surrendered my hopes and confidences to God Almighty, I leave myself open for unnecessary heartache, loss, and chaos. If I haven’t decided in advance to trust him, I may be baffled by the turn of events in my life as I keep chugging along. If I haven’t made the decision beforehand to believe that, no matter what, he is good.  I will be in trouble.

I can fight for control – over my own life or over the lives of family or even friends.  But control is not real.

The harder I fight, the more frustrated and overwhelmed I will get as control.

While I can limit many of my personal bumps and bruises by walking in obedience, I’m a person, and people are free to choose.  God designed it that way.  Sometimes I get it right and sometimes I have to stop blaming Eve because I get it wrong all on my own.

Sometimes I get it right & sometimes I can’t blame Eve because I get it wrong all on my own. ~ @ChrystalHurst

I want to choose surrender more.  I want to obey His voice and not have to fall flat on my face realizing that He was right all along.  I want to save myself the trouble and the pain of a person who passively or aggressively seeks the presupposed golden grail of independence.

I want to listen.

I want to stop trying to control the outcome of every potential decision my loved ones make.

I want to choose the way of dependent faith in him.

I want to save myself the busted lip.

The more I hold the people in my life loosely, the more I choose calm and hopefulness, the more I trust God to get it right when either I or others don’t…

That’s the more I will have peace, experience less heartache, and enjoy the journey.